Emerald Campbell-Stackhouse graduated from the Ohio State University College of Human Ecology with a degree in Nutrition and Community Health and a minor of Exercise Science. A main concentration of her study included community improvement through healthy lifestyle and implementing change. Her working history provides her with a long experience handling the business clientele visiting and commuting to Columbus/Dublin, Ohio, as a VIP concierge for Marriott. Recently relocating back to her home community of Ashland she resides in a historical home on Sandusky Street.

COLUMBUS, OH, OCTOBER 23, 2015:  The Ohio Economic Development Association (OEDA) presented its annual Excellence Awards at its 2015 Annual Summit, held October 20-23 at the Columbus Marriott Northwest. The OEDA’s annual excellence awards program recognizes the achievements of individuals and organizations throughout Ohio in the areas of economic and workforce development.

Hal Sheaffer was nominated for the Excellence in Volunteerism Award by the Ashland Area Council for Economic Development (AACED) for his work for the Community Improvement Corporation of Ashland, Ohio. This award recognizes exceptional volunteer individuals who have assisted in successful economic development efforts in Ohio.

During our Semi-Annual Investor Meeting Wednesday, September 23, 2015, Dan DeVille presented a $5,000 grant from the FirstEnergy Foundation to Ashland Area Council for Economic Development to support initiatives for economic development in Ashland County. AACED’s initiatives align with FirstEnergy Foundation’s focus on organizations within their service area that supports their priorities to help improve the vitality of our communities, promote local and regional economic development, advance an educated workforce by supporting STEM initiatives, and support FirstEnergy employees’ community leadership and volunteer interests. 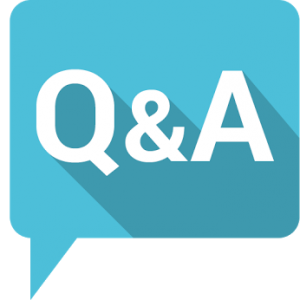 The week of July 13th to the 17th is quickly approaching. We have several time slots still available for a Know Ashland, Grow Ashland Business Visit. For those of you that have already scheduled your visit or if you haven’t yet because you don’t know what to expect this article will lay out our goals and what you can expect from these visits.